About Us introduces Noel and Adam McLain. Their grandparents, Horace and Margaret Haddock, originally purchased the theater “which is the old First Baptist Church” back in 1984. Their thought was that the people in New Boston Texas and the surrounding area of Bowie County needed a little entertainment. They began work on the building and converted it to a music venue and opened Music Country USA in December of 1985. They kept this show alive until 1990, when they decided to sell and move to Branson MO.

Years later, after returning to Bowie County, Adam and Noel McLain decided to purchase the old music theater and office building with hopes of a revamp of Music Country USA, which they did with the help of family and friends. However, they decided one weekend a month was just not enough entertainment for the booming downtown area.

After much thought they decided what New Boston was missing was a Movie Theater, somewhere a family can afford to go every weekend, not just once a month. And so the journey of creating a cinema theater within the same building started. Plans were drawn up and additional improvements started.

We are so excited to open Boston Cinema, here in New Boston, Texas. This dream has been combined with the renovation and recent opening of the Boston General Store and Deli right in the same area. Adam is already opened and operating Ar-Tex Printing, right in the same building!

We hope you enjoyed our About Us page and come see us, right here in New Boston, Texas. 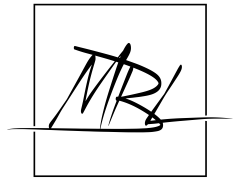